The Child Status Protection Act of 2002 (CSPA) is a law that modifies who can be considered a “child” for immigration purposes.

Ordinarily, the USCIS considers a child to be “an unmarried person under the age of 21.”

Simply put, CSPA allows children of immigrants to keep their “child” status past the age of 21 under certain circumstances.

As you will likely find, immigration is slow work.

It can take weeks, months, and sometimes years for USCIS to process petitions, applications, or any other document submitted to them.

Before CSPA, if a child reached 21 while their petition was pending, they would “age out” and get bumped down to a lower preference category.

CSPA prevents this in certain circumstances, and for good reason: maintaining child status has a massive impact on how soon you can immigrate.

In either case, ageing out can mean a long, long wait. Enter CSPA.

Can CSPA Help Me?

Maybe. CSPA will not always preserve a potential immigrant’s status as a child – it does not cover everybody, and even for those who do fall within its scope, it may not help if things aren’t done according to the proper timeline.

In order to be eligible under CSPA, you must:

Note: CSPA does not apply to children of non-immigrant parents, such as parents who entered the country on a K-1 fiancé visa).

Rolling Back the Clock: Determining Your “CSPA Age”

After you file your petition, you will have to wait for it to be approved.

After approval, you’ll have to check the visa bulletin to find out when your visa is available.

Under CSPA, the time that your petition was pending approval will be subtracted from your biological age at the time your visa became available to determine your “CSPA age.”

If it works out that this number is less than 21, you’re in the clear.

CSPA also allows your age to be “frozen” on a certain date, which varies depending on the status of your parent.

If Your Parent is a Citizen

Children of citizens are granted superior protection of their child status compared to permanent residents.

When your parent files your I-130 petition, your age is “frozen” on the date of filing.

As long as you do not marry before immigrating, you will remain a child in the eyes of USCIS, and crucially, still be an immediate relative.

Note: Getting married will knock you down to F3, which is capped at 23,400. CSPA can’t help you here.

If Your Parent is a Permanent Resident

Now this is a bit trickier. CSPA will not apply if your parent remains a permanent resident and does not become a citizen.

However, if your parent files your I-130 and then later becomes naturalized, your age will be “frozen” on the date of your parent’s naturalization.

As long as this date is before your 21st birthday, you will get to keep your child status after turning 21.

You will then automatically be bumped up from F2 to IR, which is a very good thing.

Note: There is no visa category for married sons or daughters of permanent residents.

Getting married will negate all of the protections CSPA can offer you – so choose wisely when to wed.

In very limited circumstances, it may be beneficial for the child of a permanent resident to opt-out of CSPA, which the law allows you to do.

This would only be helpful if the present wait time for F2 (children of permanent residents) visas is actually shorter than the wait for F1 (adult sons and daughters of citizens).

This is rare, but it does happen.

When your parent becomes a citizen, you have the option of remaining in F2 rather than going up to F1 if this happens to be the case.

Check the visa bulletin regularly to weigh your options. 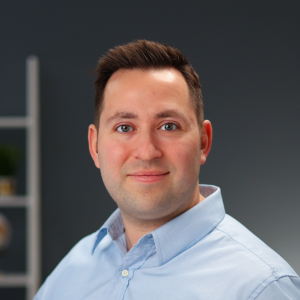 Jacob graduated from the University of Richmond School of Law and was accepted to the Virginia Bar in 2012. Less than 30 days after being admitted to the bar, Jacob launched his own legal practice. Jacob is the Managing Partner of Tingen Law.
Learn More
PrevPreviousWhat is the National Visa Center (NVC)?
NextWhy Do I Have to Send a Medical Exam With My I-485 Application?Next What Questions Should I Expect During My Individual “Merits” Hearing?

Preparing for your individual hearing means getting ready to answer any questions the immigration judge might have about your asylum claim.

What is an Immigration Hold?

Immigration holds are not legally binding–they are merely a request to the local law enforcement agency, and the departments do not have to comply.

Processing times vary for immigration applications, but you should expect to wait anywhere between a few weeks to a full year.

How to file Form I-129, Petition for Athletes

Although the I-129, Petition for Athletes, is a straightforward form, the process of putting together the entire application can be complicated.

Completing Form DS-260 correctly can save you time, money, and heartache. For this reason, you should take steps to avoid common mistakes and pitfalls in the process.

There are several steps involved in the naturalization process, ranging from submitting a completed N-400 to passing certain exams and tests.

Why Do I Have to Send a Medical Exam With My I-485 Application?

The purpose of the medical exam is to ensure you do not transmit an illness or pose a threat to public health. A USCIS-approved physician must conduct the exam.

U.S. Green Card Versus U.S. Citizenship: Is it Worth it to Naturalize?

There are several benefits to becoming a U.S. citizen. However, the process is both long and expensive, so you should think it over before applying.