In simple terms, no. Virginia courts do not recognize legal separation in the way that it’s usually defined in other states.

In the Commonwealth of Virginia you’re either legally married or you’re not, there is no in-between.

However, there are a few practical ways for you to live as if you were legally separated, provided you follow the advice of your divorce attorney.

In this article, we’ll outline the three options that spouses in Virginia have available when considering how they’ll live until their divorce is finalized.

Keep in mind, however, that divorces are complex legal proceedings.

For this reason, it’s highly recommended that you consult with an experienced divorce attorney before you make any lasting choices in your case.

Legal Separation Defined: What to Look For

“Legal separation is an arrangement where a married couple lives apart but remains legally married. Legal separations may be mutually agreed to or ordered by judicial decree. Often parties who legally separate do so for religious reasons or to maintain health insurance or life insurance benefits.”

The important section of this general definition is the second sentence (in bold) which notes that legal separations only come about through two methods:

Put simply, Virginia does not have a specific legal procedure wherein couples can gain a legal status such as “legally separated,” either through mutual agreement or through judicial decree.

Instead, divorcing couples will usually go from being married to living apart (either with or without a separation agreement) and only then involve the court in their divorce (during the actual divorce proceeding).

The difference, then, between Virginia and other states is that in Virginia you are either married or not-married while in some other states there is an intermediate stage where the couple has the status of “legally separated.”

Your Three Options for Separation

While Virginia courts do not recognize legal separation, there are three processes that are quite similar:

Option 1: Live “Separate and Apart” from Your Spouse

When you file for divorce in Virginia, the court will ask for the grounds, or reason, for your divorce.

Most Virginia divorces are filed on no-fault grounds of separation, meaning that the couple simply doesn’t want to be married any more (as opposed to fault-based grounds such as abandonment, adultery, or cruelty).

A basic requirement for no-fault divorces in Virginia is that the couple must live “separate and apart without any cohabitation and without interruption for one year.”

In cases where the couple has entered into a separation agreement and have no children, this requirement is lowered to living separate and apart for six interrupted months.

As such, you must physically and financially separate yourself from your spouse during this period in order to show the court that you intend for the separation to be permanent.

This means you should find separate living arrangements, open separate bank accounts, and otherwise disentangle your life from your spouse’s.

Importantly here, the date that you and your spouse start to live separate and apart is known as your “date of separation.”

This is the date from which the six-month to one-year countdown starts, meaning that you’ll have to note it on your divorce petition when you eventually choose to file.

What’s the difference between a period of separation and “legal separation”?

The primary difference is that living separate and apart from your spouse is a requirement for filing a no-fault divorce in Virginia, while being “legally separated” is a legal status awarded to couples who choose to file for this status in other states.

Put simply, you must act as if you were no longer married during this period of separation, while at the same time respecting the fact that you are, in fact, still legally married.

For example, it’s often wise to live in separate households, use separate bank accounts, and to generally divide up your lives as much as possible in preparation for your actual divorce (i.e. “as if you were no longer married”).

However, you also need to respect the fact that you’re still legally married to your spouse.

For example, you should not date other people during this period of separation, as such activities could be brought up in court as a form of adultery (which is a misdemeanor in Virginia, though not enforced).

Similarly, you should remember that resuming your normal, marital life (such as spending the weekend with your spouse or otherwise treating them like a partner) will reset your date of separation, meaning that you’ll have to wait for a year from this new date of separation before you can file for divorce.

In this fashion, the period of separation is different from a “legal separation” because it is simply an informal, practical way to separate yourself from your spouse in preparation for a future divorce proceeding.

You’re still married, but you’re acting as if you were separate because of the requirements outlined in Virginia’s divorce laws.

To expand on a few of the points we made in Option 1 above, many spouses who are currently in their period of separation choose to draft and sign a property settlement agreement in order to add additional structure to their separation period.

Put simply, the closest thing to a legal separation in Virginia is to pursue an uncontested, no-fault divorce that includes a property settlement agreement signed during the period of separation.

It’s an agreement that outlines how you and your spouse will separate your lives by documenting the various matters you’ve come to an agreement about.

These agreements do not need to be long contracts, and courts may accept simple handwritten agreements for some cases.

Benefits of a Property Settlement Agreement

In this fashion, a separation agreement could resolve matters such as custody or property division in the short term, while also acting as the groundwork for your later divorce case.

This becomes important in our discussion on legal separation in Virginia for three reasons:

Finally, note that while separation agreements are voluntary agreements between spouses, they can still be incorporated into (or recycled for) the final decree of divorce you file at the end of the divorce process.

For example, if you decided in your separation agreement agreement that one spouse gets the house while the other gets a retirement account of equitable value, the judge in your future divorce case will likely honor this agreement (as well as other equitably settled matters in your settlement agreement).

This means that you can get the hard work of dividing up your lives done now instead of waiting out the period of separation before starting on your divorce.

Although Virginia does not recognize “legal separation” as the term is used in some other states (referring to the marital status of “legally separated”), the Commonwealth does offer a few options that are quite similar.

First, you and your spouse could choose to live “separate and apart” from one another in preparation for a no-fault divorce.

In this scenario, you would act as if you were no longer married, while at the same time respecting the fact that you are, in fact, still legally married.

Second, you could strengthen this first option by drafting and agreeing to a “property settlement agreement” or “separation agreement” which dictates the facts of your separation.

Such an agreement could give you more freedom by resolving certain aspects of your divorce early in the process, such as property division, while also allowing you to live as if you were already separated from your spouse (provided you follow the rules of the agreement and the advice of your attorney).

As you can imagine, however, the strength of such an agreement will largely depend on the language included within as well as the cooperation of both parties.

For this reason, it’s highly recommended that you speak with an attorney before you sign any documents or make any lasting decisions in your case.

Only an attorney can advise you on how to best live separate and apart from your spouse during this period.

Further, only an attorney who has reviewed your entire case can give you an accurate picture of what your case will look like moving forward. 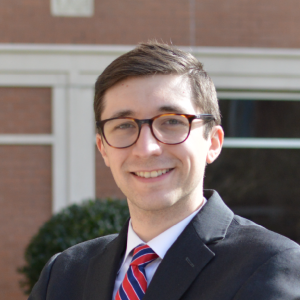 James focuses his practice on intellectual property law and family law. He is excited to assist artists, business owners, and content creators with all of their trademark and copyright concerns.
Learn More
PrevPreviousWhat Happens to Personal Injury Settlements During Virginia Divorces?

How Do I File for Custody of My Kids in Virginia? Why Smart Parents Make Their Own Child Support Agreements

Child support agreement are helpful tools which allow parents to dictate the terms and amounts of their child support payments.

If you’re considering a no-fault divorce in Virginia, there are several things you need to know, including how Virginia uses the term “fault” when deciding divorce cases.

What Happens to Personal Injury Settlements During Virginia Divorces?

Personal injury settlements count as mixed property in Virginia. This means that a portion of your settlement may go to your spouse during a divorce.

Divorce can be difficult and adversarial. Alternative dispute resolution is one possible way to have more control over this difficult time in your life.